Maximus is doing a great job of being a big brother. It started a little rocky with a lot of whining and tears, but he has gotten the hang of our new life. There was one time that we thought Maximus wanted to send Quinten “home” but we soon realized that he had confused the word home with going somewhere. {I’d being lying if I didn’t tell you that Bryan and I burst out laughing when we thought he was asking if we were taking Quinten home that first time we all left the house.}

Maximus includes Quinten in his morning and evening rituals. Whoever wakes Maximus has to answer the questions of where the other parent is. Now, baby Quinten is included in that conversation. Nighttimes include giving baby Quinten a hug and kiss too. Sometimes meals include baby Quinten too. Recently, Maximus asked if Bryan was eating chips and then promptly told me that baby brother was going to eat chips too, but only one chip. In our house that is considered sharing. 🙂

I was a little nervous about the transition from one toddler to a toddler and a newborn. I wasn’t so much worried about the newborn part but I was uneasy about the toddler part. That first week was exactly what I envisioned – the whining and crying! Oh my! After that we adapted into the routine that I hoped we would have.

Maximus doesn’t leave a room without knowing what his little brother is up to. Quinten goes from a moses basket, my lap, pack ‘n play in our room, or a baby seat. In Maximus’ mind baby Quinten doesn’t do much other than eat. If he’s making noise or awake he expects him to eat. With a schedule that is every two hours, that’s pretty spot on.

Maximus thinks it is his job to cover up Quinten when he’s in his basket or seat. He’s very good at not covering his face and making sure the blanket is perfect. He likes tickling his feet too. Maximus loves to look at and talk about baby Quinten’s little hands. It’s hilarious to listen to a two year old talk about a baby being little. Maximus doesn’t miss a diaper change and loses his mind if he can’t give you a clean diaper and the wipes. He’s 50/50 on throwing those diapers away. Apparently that got old after the first 20 diapers!

I can’t wait to watch this relationship grow and see how much fun {and trouble} these brothers get into! 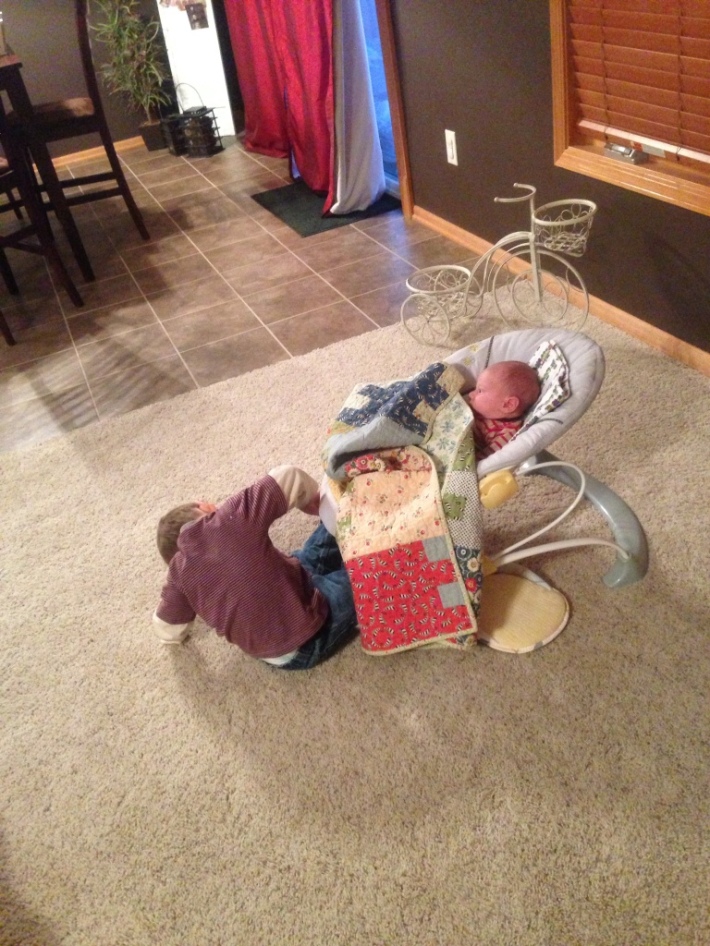 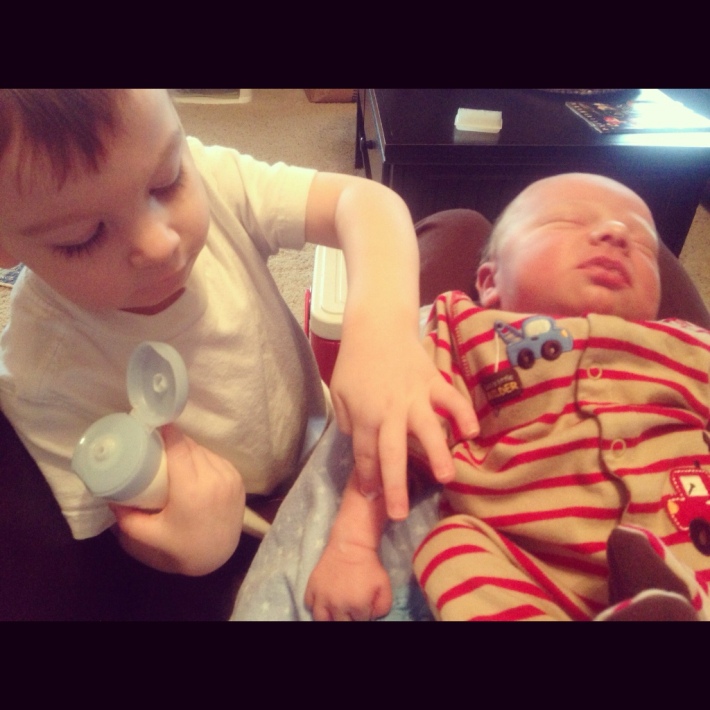 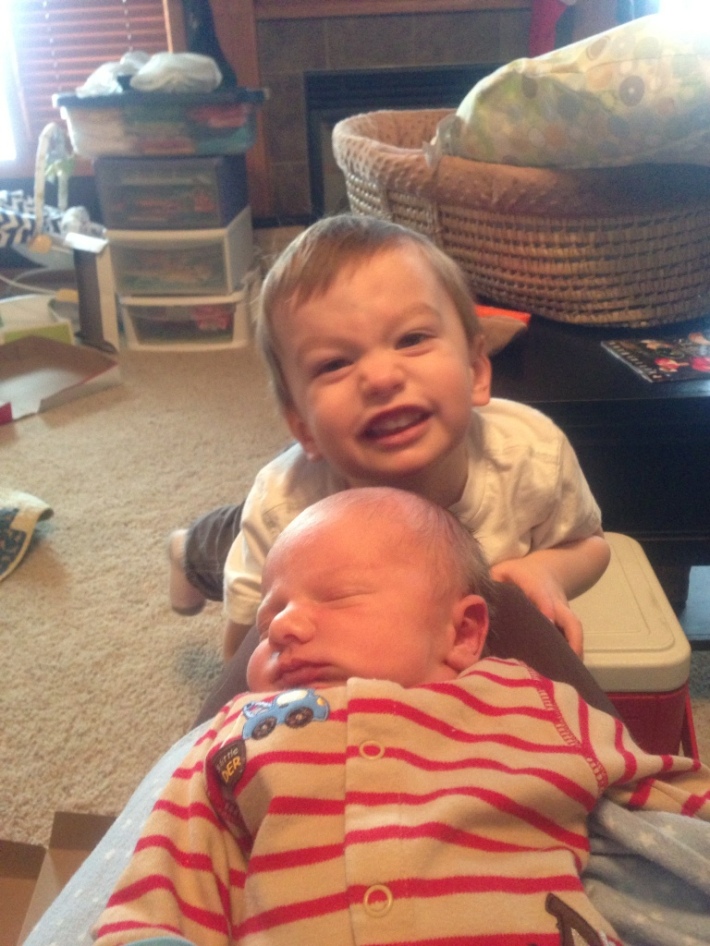