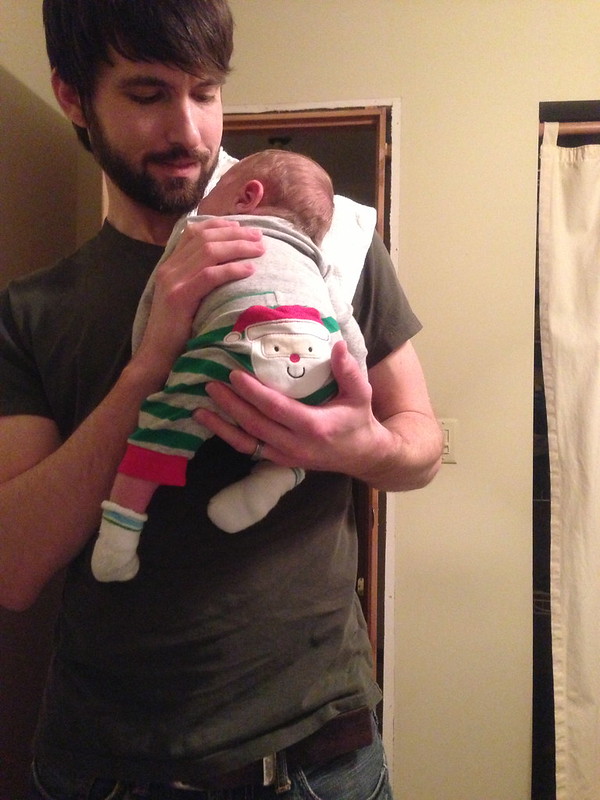 Christmas wasn’t as hectic as I thought it would be. Sure, one day Maximus went to bed at 9:45 instead of 8 and the next day he skipped his nap all together and went to bed at 8. There was also that first day that people {my family} kept feeding Maximus cookies and he was literally bouncing off of people and shouting for hours on end and helping everyone open their presents. Then there was the next day when he barely ate his lunch, probably because of all the sweets he’d eaten the night before. So it wasn’t much different from what I anticipated. He didn’t have any major meltdowns and had a good time with family. 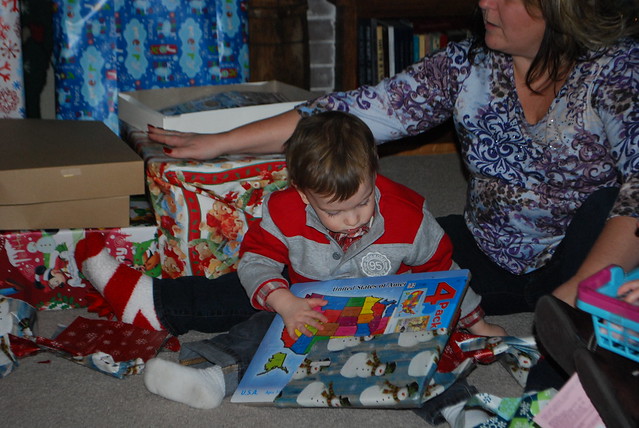 Concerned with his little cousin stealing his gifts

Quinten didn’t really care where we were. As long as he had his mommy, little else mattered. He stuck to his eating schedule and woke up every two hours to squeak about food. Then promptly fell back asleep after his belly had been filled. We had our first baby wearing experience on Christmas day. I plopped him in the Moby Wrap and he was content as could be nestled into a warm, cuddly ball of newborn-ness. And I was immediately taken back to an earlier time with a baby Maximus turned non-walking youngin. We’re past toddler wearing days because he’s just too busy. I’m hoping that Quinten enjoys it and lets us wear him for a good two years! 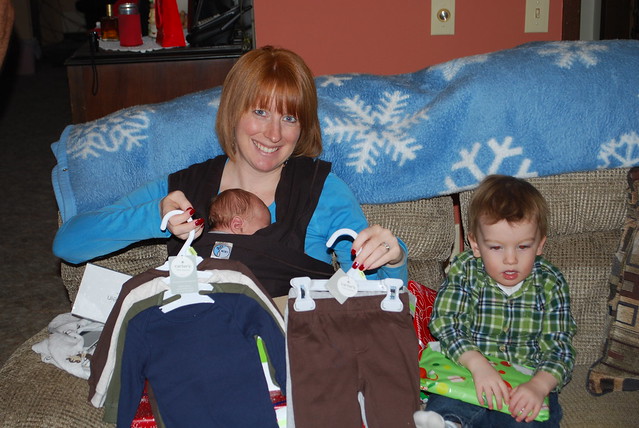 Bryan and I exchanged a few gifts. Nothing extravagant, but the fact that we did was different from previous years. I got him a new Iowa State basketball shirt and a new thermos for his tea. He got me Flickr Pro for my photos, a new MomAgenda planner, and some super cute legs warmers. {I guess I’m not linking to anything today. Thanks, WordPress.} 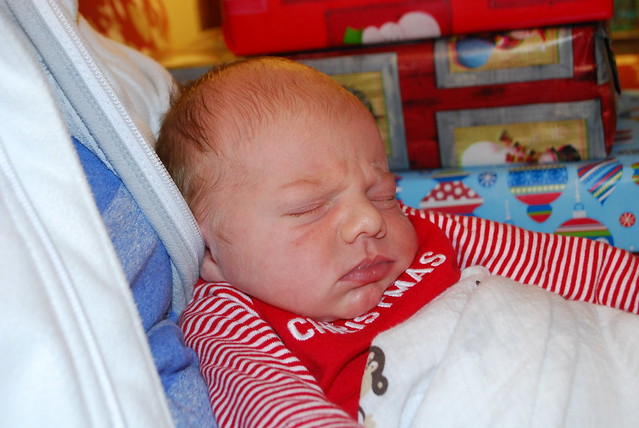 Santa came and brought Maximus some new puzzles and a new water bottle. Santa skipped baby Quinten this year. Even though he was extra good and arrived early, he’s too little to get gifts. We didn’t explain Santa, but Maximus knows who the big guy is and we visited him at the mall. 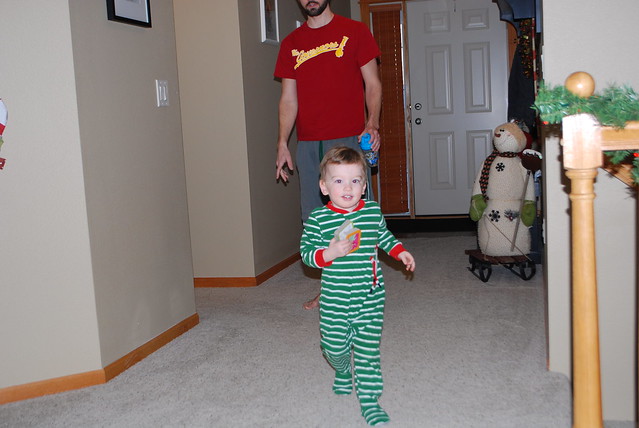 Running out to see what Santa brought!

Maximus was so much fun this year. I knew it would only get better each year, but we all loved the joy and excitement that he brought to the holiday. Although I’m sure the sugar can be attributed to it also! 🙂 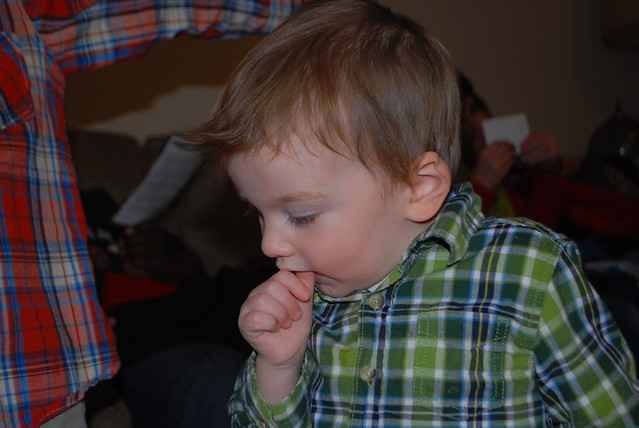