Another month has passed and I feel confident talking about Quinten as a baby. I don’t worry so much when Maximus runs over to him. I don’t rush over to him when he cries. He’s more independent and self-sustaining. And he’s still bald. 🙂 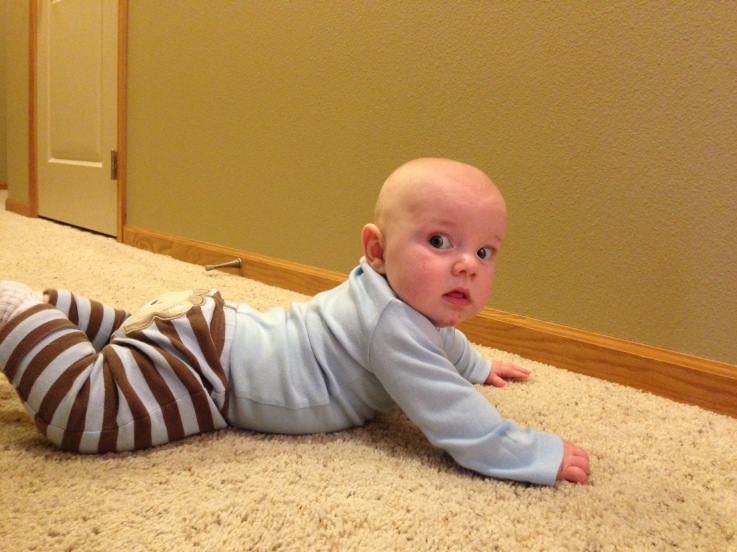 We can hardly keep him on his back, unless he’s trying to chew on his toes. Otherwise, he’s constantly rolling to his stomach. Bryan just saw him roll from his stomach to his back, so mobility is just around the corner. I feel like he’s going to get into trouble when he starts rolling around the house. He’s got this sly little smile that melts your heart and stuns you while he tries to attack your face. I predict he uses that to get away with things in the future. 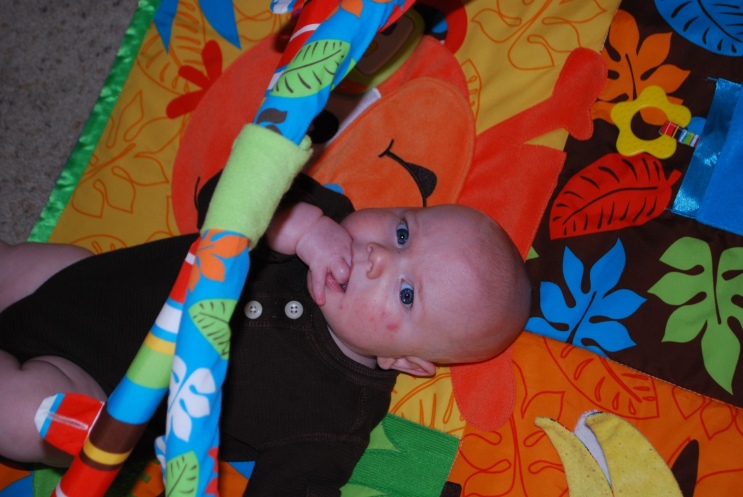 Quinten wants things in his mouth RIGHT NOW. He’s coordinated enough to get things to his mouth, but not enough to keep them in there or move a toy to make it easier. Be careful if your hands are close to his face or if he gets a hold of them with his fingers. He will always try to move them straight into his mouth. Even if he doesn’t know you. He’s sneaky about it, too. Flashing you a gummy grin to distract you. He’s recently started showing favorites to sucking on two fingers instead of his thumb. I didn’t know seeing him suck on his fingers would be more adorable than watching him suck his thumb! 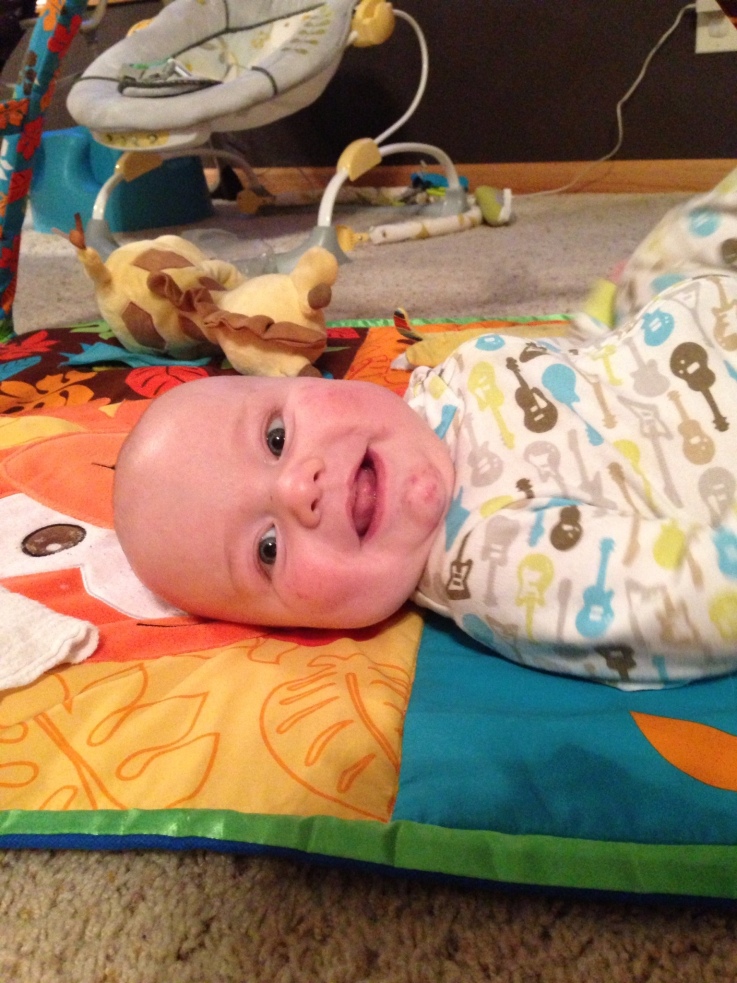 Quinten is so smiley. He smiles with his whole face, including his eyes. Seeing him light up is one of best sources of happiness for me. You can tell who his favorite people are. All we have to do is walk into a room. Maximus doesn’t pay much attention to him, but Quinten doesn’t care. He grins and tries to talk to Maximus even if it’s the back of him. I can already tell that he looks up to Maximus so much. This is the stuff parenting is made of! 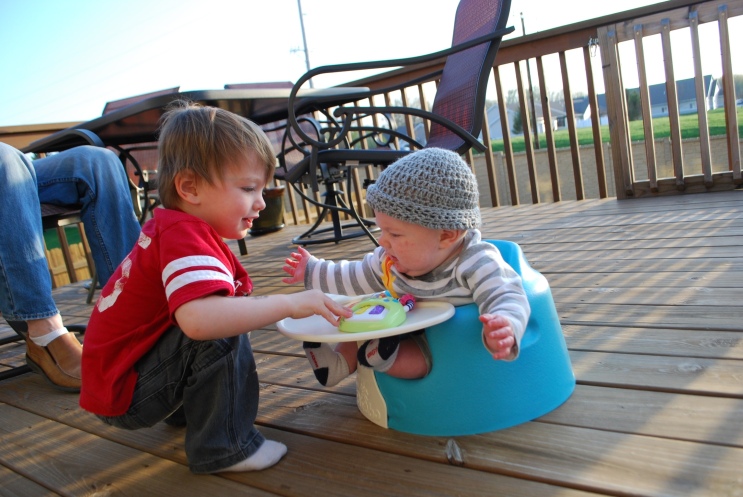 He’s getting A LOT better at sleeping! I am so glad I can say that. I’m not jinxing myself or anything because some nights he is up at least a couple of times. I’m in such a weird place with sleep that I can’t remember if he went a week with sleeping through or if it was only a few days. Either way, it’s much better than it was. 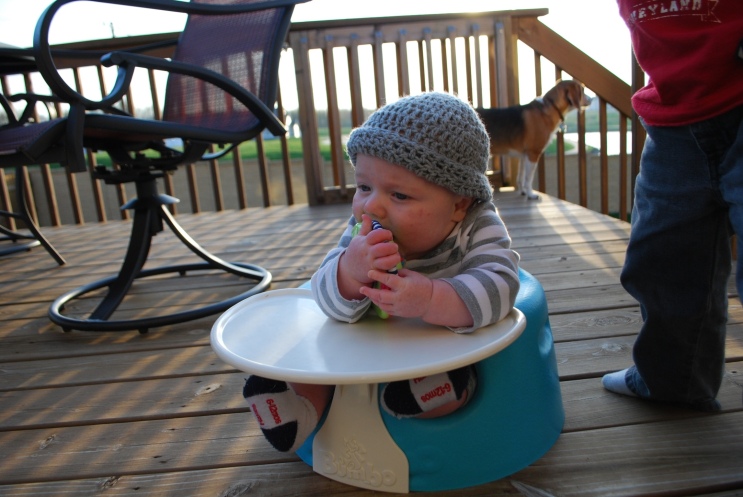 Highlights of the month: 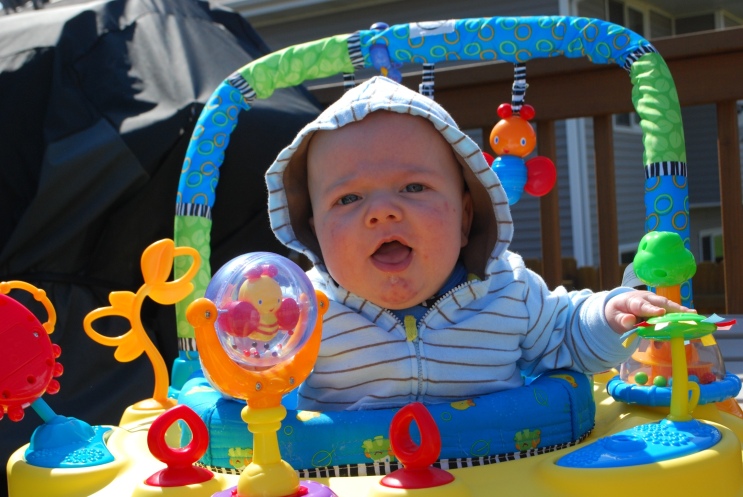