Today was our first flu-like sickness. Right as I was about to make myself lunch, my daycare provider called and said Maximus was very sick. She gave him a drink of milk and one bite of food and he threw it up. After checking his temp, she called me to say he was running a 102-103 temp.

I picked him up, brought him home to snuggle with his daddy, and then he took a 3-hour nap. Without eating lunch. But I took a 2-hour nap and it was amazing! Unfortunately, Maximus didn’t come out feeling amazing. He threw up all over himself and his crib. I cleaned everything up and grabbed a snack trap of cheerios and we headed to the lazy boy. 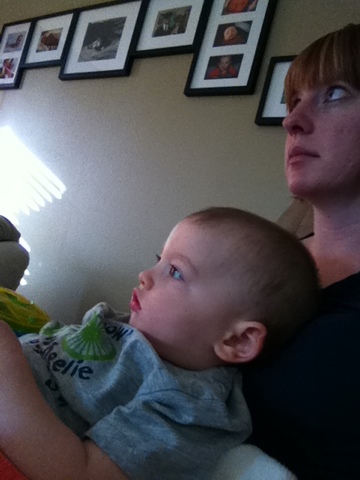 And then he turned to see what I was doing and said, “hi” when he saw himself. 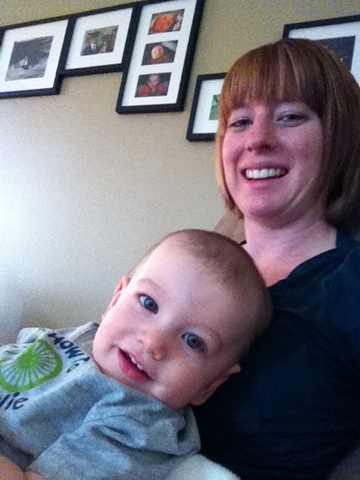 We had a semi-rough night because his temp kept rising. He said no to pedialyte and wanted to nap but couldn’t. We tried Tylenol only to have him throw it up on us. So, we waited it out and gave him some supper. By the end of his meal, his fever had dropped dramatically. After a bath, Maximus was playing football with Bryan and laughing until he was falling over.

And then I put a happy, fever-free baby to bed. He snuggled up with his puppies and closed his eyes.