It’s no secret that Dave Ramsey lives in my house. Even if we don’t have a budget set for the month, he’s still in these four walls. Here’s the thing about not having a monthly budget, he’s here in a not fun way. I know it’s a reflection of his principles and our belief in them that causes the guilt, but man, the guilt. I’m too afraid to look back to the last month that we actually made a budget, but I’m pretty sure it’s been a good six months. Here’s the thing, some months (most?) it worked in our favor. Meaning, we didn’t spend more than we would have wanted to. That doesn’t mean we don’t still feel guilty. 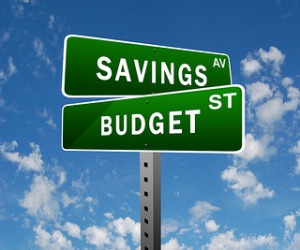 As you can see, we’re spending July getting back on track. We’ve put our Excel budget spreadsheet on hold and are testing out a new budget app that we put our monthly budget into and then track our spend. So far we like it. It helps us see what we have left to spend on each line item and I enjoy seeing the pie charts of categories. July is always a tough month because of summer life and Maximus’ birthday. We know it’s coming, but that unexpected extra spend always gets us. Like, how much should we really spend?? We’re 4 1/2 years into this financial journey and we still have a hard time staying focused. I can tell this is going to be a lifelong journey!

What are your tricks to staying focused on your budget?