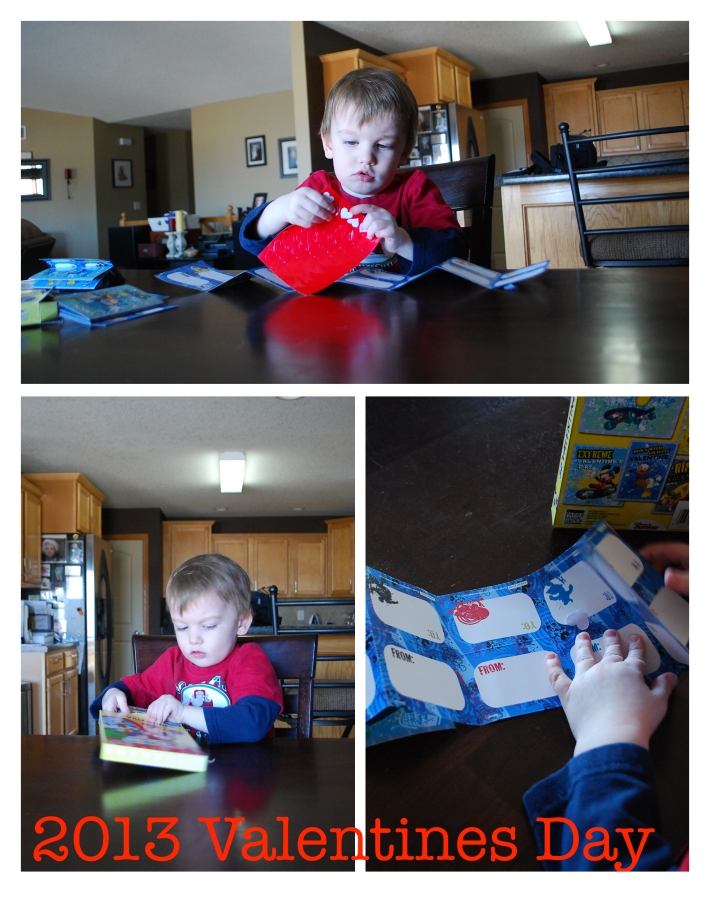 A 2-year old isn’t the best craft partner. Or at least my 2-year old isn’t. As long as I manage my expectations, craft time can usually go pretty well. Maximus is really into painting, coloring, writing, cutting, and gluing. I’m sure that’s consistent with most other 2-year olds. We backed off for a while because he got bored with coloring books. He wanted to use a pencil and write, but was extremely frustrated that he couldn’t drawl circles or write letters. I asked Twitter if it was normal for a 2-year to throw a fit because he couldn’t write his name. I got a lot of laughs, but it wasn’t fun for us! So, we distracted for a few weeks because a tantrum really ruins the fun of writing.

We eased our way back with his Valentines Day gift. We gave him construction paper, his own scissors, glue sticks, and paint. He’s loving all of it and we spend almost every day playing with something from his gift. Bryan and I have gotten really good at cutting out hearts. 🙂

Maximus seems to be a little better with his writing capabilities {or lack of} and wants us to write names for him. I think he’s ok with it because he can recognize the letters of his name and has a good time telling us what they are. {This has only amplified since we hung up his name in his room.}

This was the first year he gave Valentines to his friends at daycare. I got him Mickey Mouse Clubhouse valentines because there’s not much that he loves more than Mickey Mouse. We spent an afternoon putting on heart stickers for his friends. He also made a Valentine for Bryan. He told me to write Daddy and then Maximus and Quinten. Then, he covered the names with hearts. He picks up the Valentine every few days and tells me exactly what is under the hearts. 🙂

I went back-and-forth about what to include with the Valentines. During the daytime, I decided the cards were enough because he’s only two and I didn’t want him eating a lot of candy so why send any with him? Well, the night before when I was up at 2 am I decided that we should send something. I grabbed fruit snacks from the panty and put them in a bag for Bryan. It’s a good thing I did, because he came home with so much stuff. There are only seven kids at daycare, two of them under one. Boy did he get a lot of candy! Too bad for him, we ate it while he was sleeping. 🙂

Did you do anything for your baby or toddler?