A few weeks ago Maximus and some friends went to a kids day at the park. It was national park day, or national kids day at the park. I don’t know. I just know that our community sponsored a park day and they had all kinds of cool things to do. It was a good mix of younger and older kid activities. We skipped the face painting {the line was LOOONG} and bike riding {but they gave out free bike helmets. Darn!}. We did some older kid activities like hoola hoops, basketball, and tennis. All of which are hilarious when you see three two-year olds doing them.

We started out with some frisbee tossing. As you can see, it wasn’t very difficult and Bryan was able to continue leisurely drinking his coffee. 🙂 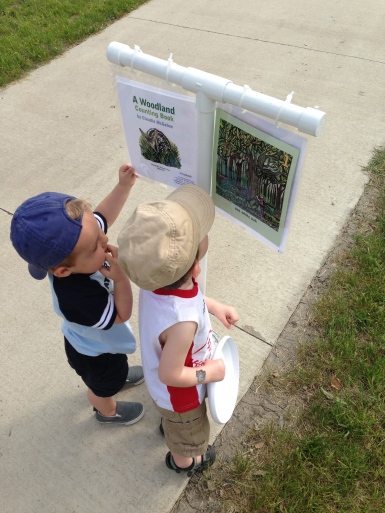 Then we read a story and counted the animals. 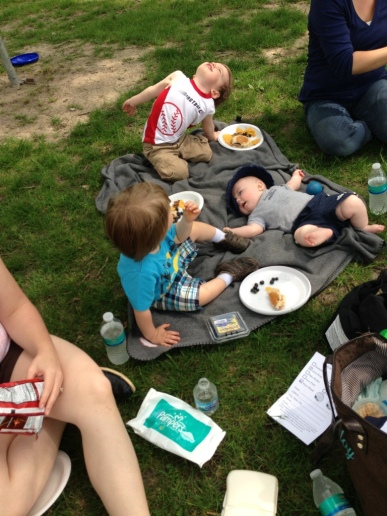 We all ate some free lunch! The best food was the blueberries, even Quinten tried smashing them with his chubby feet. 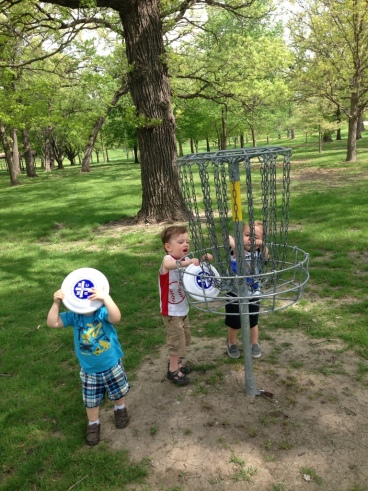 The boys played some frisbee golf. 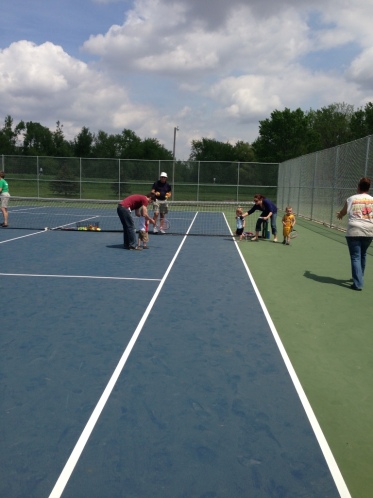 The boys played tennis and I think all of them cried when their turn was over. 🙂

We ended our park day with some playground time. This was one of my favorite pictures! It was a long run, but they did pretty good. I think we had a couple of tumbles on the way, but nothing was stopping them from the big, big slide! 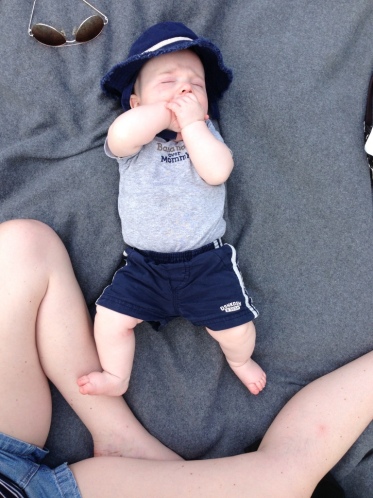 Quinten got to “enjoy” some sun. Rather, I think we both enjoyed not having our bodies pressed up against each other anymore since it was a very warm day and he sweats a lot when it’s not hot and humid.

2 thoughts on “Kids day at the park!”