We’ve had some busy weekends lately. Last weekend one of our nephew’s graduated high school. We were a little worried about how Maximus would do since the ceremony was at 2:30, which is right in the middle of the afternoon nap. To further complicate, or make things easier, we stayed out late the night before. Luckily Maximus went down at 11 and woke up in time to eat and come to the ceremony. He was a champ and didn’t fuss at all. Granted, he didn’t let anyone else hold him either. But, a happy baby beats a momma who has to hold him for 2 hours.

Also last weekend I went to a Taylor Swift concert! I don’t normally go to concerts but I’m glad I went. It was a fun time! 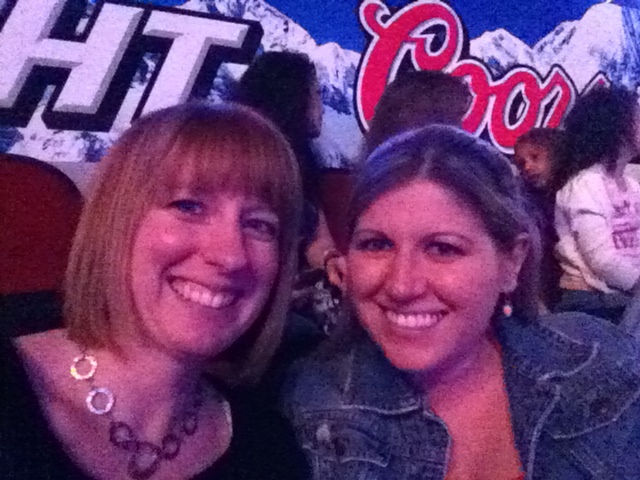 This weekend was my nephew’s graduation party. We had some more great nap times but Maximus had to come to the party a little late since he was still asleep when we needed to be there. The good thing about a late nap is that the late night was ok for him. He was wide awake and not fussy until 9:30.

A late start to bedtime (and a wake up at 1 am to go home) meant a late wake up this morning! Thankfully we all got to sleep in until 8:45! And then Maximus went down for a nap at 10. Two and a half hours later I woke up. Opps! After the long nap we played outside and watched daddy mow. We enjoy doing fun boy things around here. Mowing, playing with cars, and banging toys on things.

In between all these fun activities, we did a lot of playing around. And spent a little time in jail… 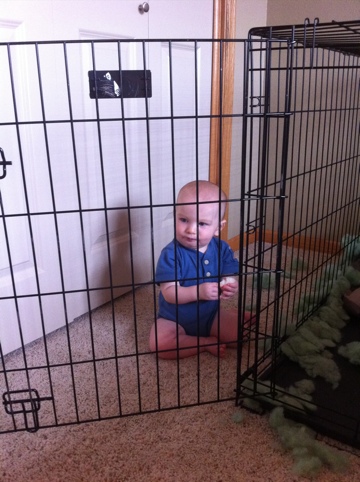